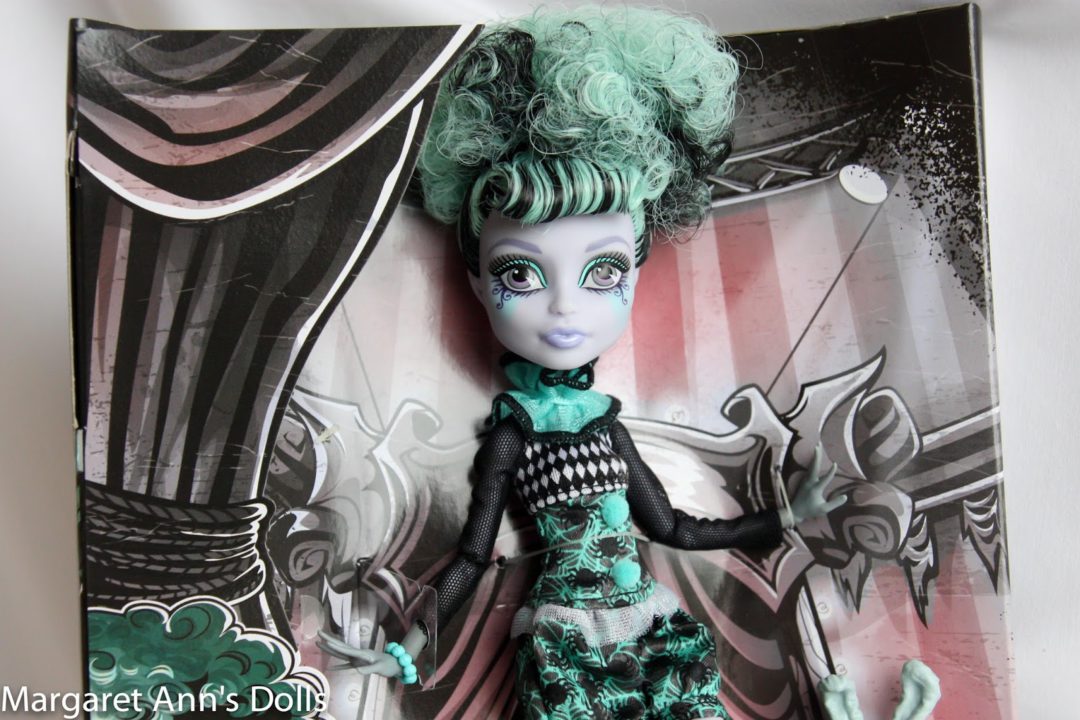 I’ve never thought I would have more than one doll from the Monster High Freak du Chic doll line. FdC Toralei Stripe was a must-have for me and I got her as soon as she was released. About a year later dolls from the Freak du Chic line went on sale and on the spur of the moment I got two more dolls from this line: Honey Swamp and Twyla Boogeyman. I like how unique these dolls look and how different they are from the signature versions of these characters. They are definitely a great addition to my collection and I really enjoy them.

Monster High Twyla is a shadow creature, the Daughter of the Boogey Man. She is one of my favorite Monster High characters and I liked watching her in the Monster High 13 Wishes movie. Twyla from the Freak du Chic line is my second doll of this character as I also have Coffin Bean Twyla. It’s hard from me to compare the two of them and decide which one I like the most because they look so different, almost like they were not the same character. They are both beautiful in their own way though.

Freak du Chic Twyla is such an amazing doll. Her overall look is quite exceptional and I like the color scheme a lot. She has mint green hair with black streaks that is curled and pulled in a top bun. She is wearing a mint green eye shadow with lilac swirls under her eyes, a mint green blush and lilac lipstick. Her outfit is very detailed and well made. Twyla wears a mint green and black romper with black mesh sleeves, ruffled collar and two pon-pons, and she also has a mint green pearl bracelet. In the Monster High Circus Twyla has a role of stilt-walker and she has black stilts attached to her shoes. Twyla comes with her pet bunny Dustin, a cardboard poster with her artwork and a doll stand. 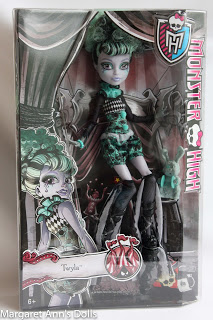 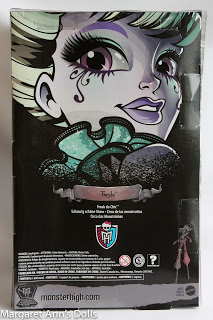 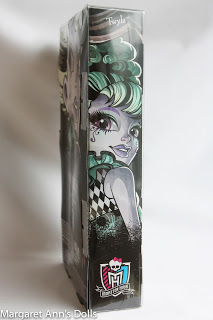 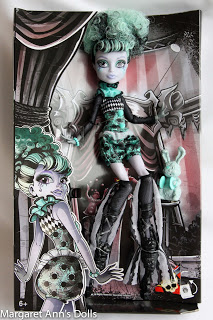 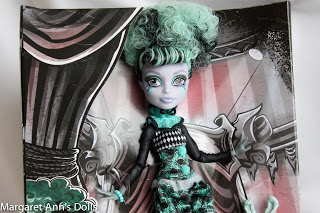 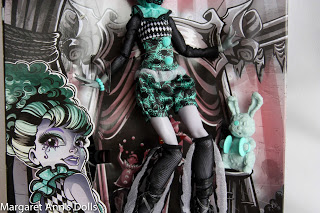 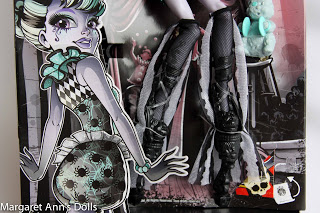 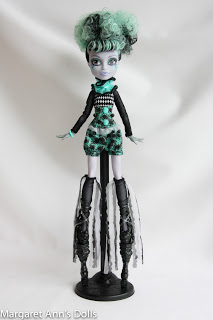 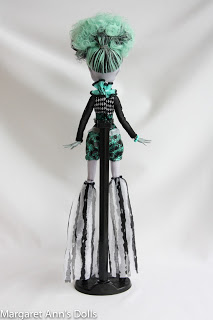 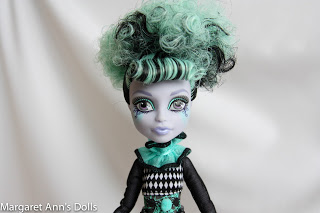 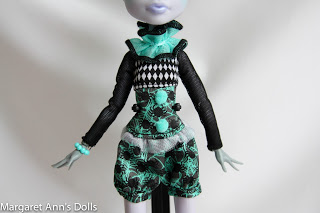 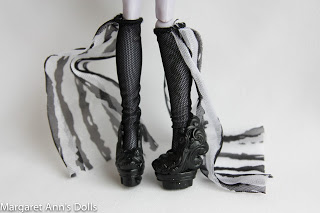 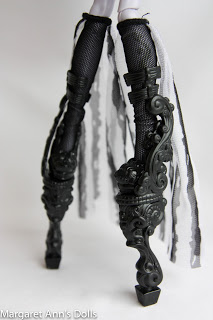 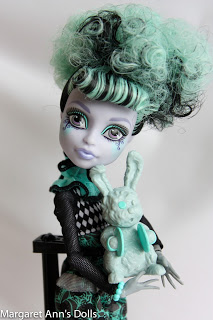 Check out my review of Twyla on my YouTube channel:

What do you think about Freak du Chic Twyla? Do you have her or other dolls from the Freak du Chic line? Please let me know in the comments!