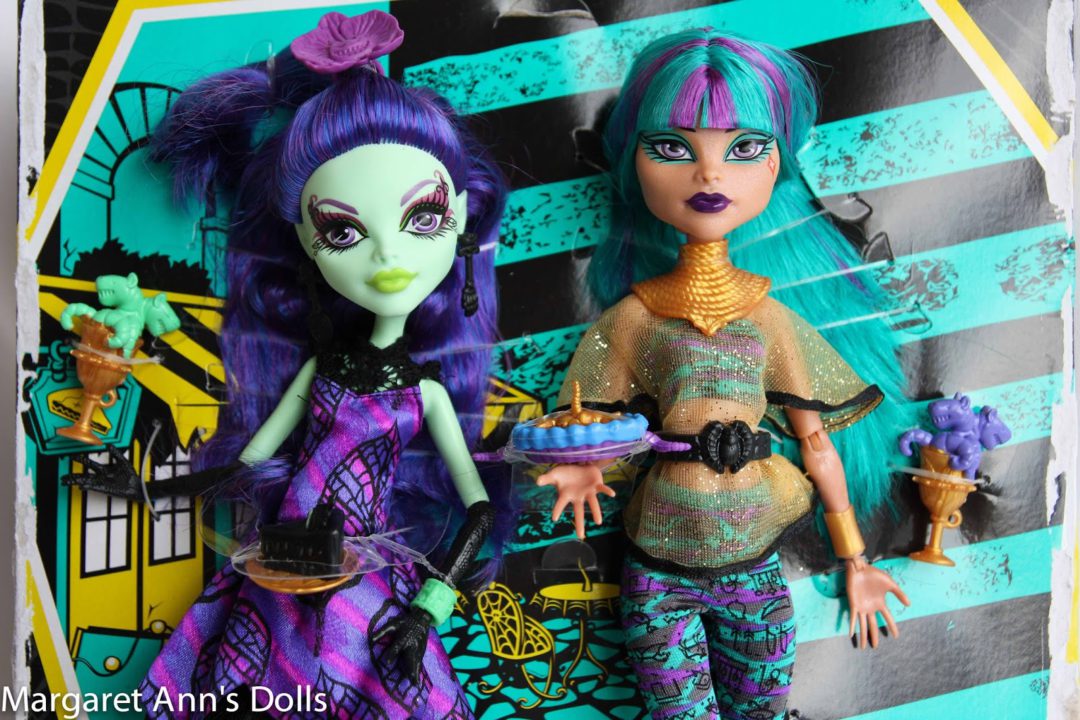 Monster High Scream & Sugar Amanita Nightshade and Nefera de Nile 2-pack was a must-have in my eyes since I saw it online for the first time. This 2-pack features two of my favorite MH mean girls that look fabulous in their new outfits. Even though this set is a part of the Monster High reboot, neither Amanita nor Nefera have new bigger eyes, smiles or new bodies. They are not as cute as other rebooted dolls and they look more like the older, original Monster High dolls.

Amanita Nightshade and Nefera de Nile have known each other for centuries and it makes sense to put these two together in a doll set. Amanita is a plant monster, born from the seed of the Corpse Flower, which is an extremely rare flower that only blooms every 1300 years. When Amanita was dormant in her flower form, she was given as a present to Nefera de Nile. Nefera was taking care of Amanita when they were both trapped in a tomb for millenia. When Amanita found the way to escape the tomb, she left Nefera behind and never came back to help her. I wonder how their relationship looks like now and I would like to learn more about it.

Monster High Scream & Sugar Amanita Nightshade and Nefera de Nile comes in the new MH box that is less detailed than previous packaging. The front part of the box is mostly transparent so that you can see all the things the dolls come with. The back part of the box is glued to the cardboard to which the dolls are attached. It makes is difficult to unbox the dolls without destroying the box, especially if you want to keep the artworks or use the cardboard as a background for photos. What’s more the dolls do not come with stands or brushes. Doll stands are important for me so I bought extra ones online. When it comes to the brushes, I have a lot of them from other dolls, yet if these ones were my first dolls, I would be dissappointed because their hair needed brushing right after I took them out of the box.

Monster High Scream & Sugar Amanita Nightshade is the second doll of this character. The first doll of Amanita was her signature doll that was released in 2015. Scream & Sugar Amanita looks elegant and chic. I like her bold eye makeup and green lips. Her purple dress has beautiful black lace details on the neckline and on the bottom of the dress. Amanita has painted on long black gloves and black shoes without heels. She also comes with a drink and a piece of cake. I am very fond of this doll and I hope there will be more dolls of Amanita released in the future.

Monster High Nefera de Nile recently became more popular and more dolls of her are being released. The first doll of Nefera (her signature doll) was released in 2012, the Boo York Boo York Nefera in 2015, and now the Scream & Sugar Nefera de Nile hit the shelves. The newest Nefera looks different from her other dolls mostly because of the new hairstyle that includes bangs and purple streaks in her hair. She is also wearing pants for the first time. Just like Amanita, she also comes with a drink and a piece of cake.

In my opinion it is an amazing 2-pack and it is definitely worth getting. To me it was a great idea to put these two characters together and I would love to see the story behind it in one of the Monster High webisodes. 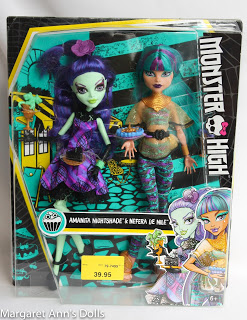 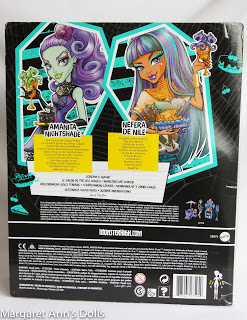 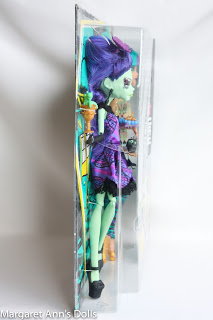 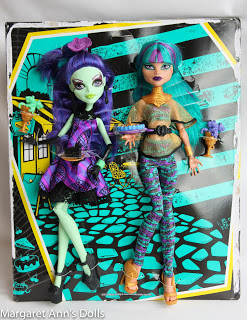 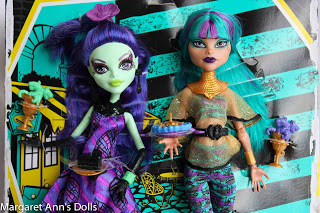 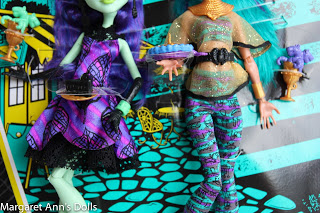 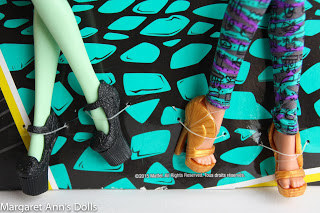 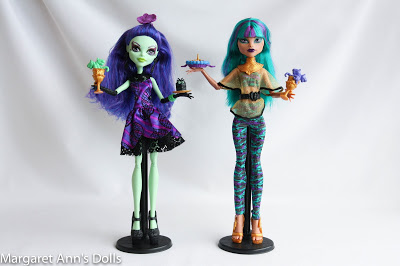 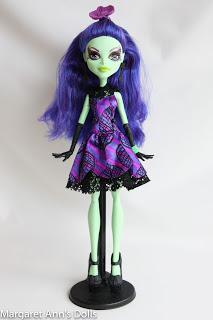 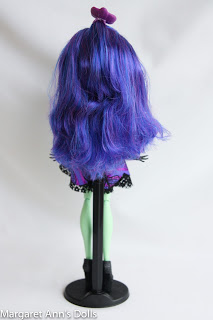 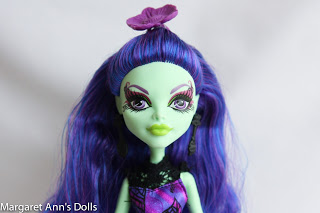 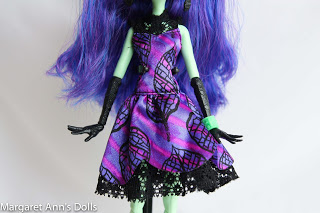 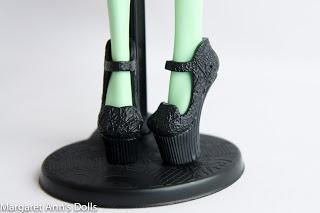 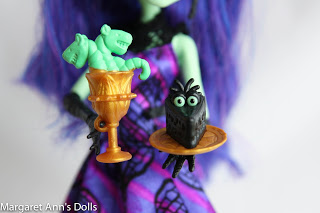 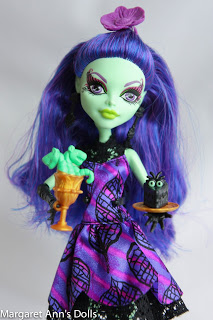 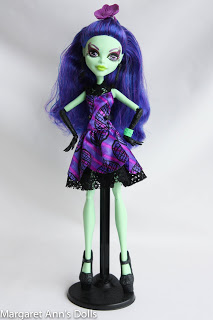 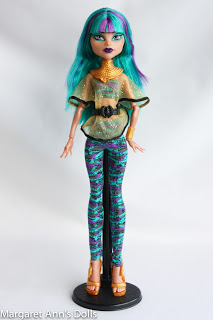 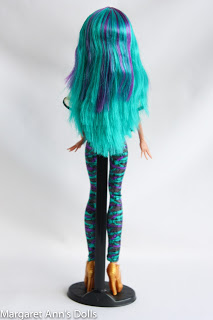 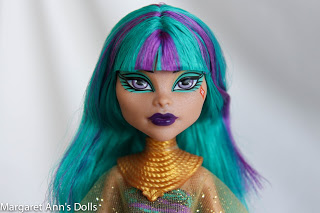 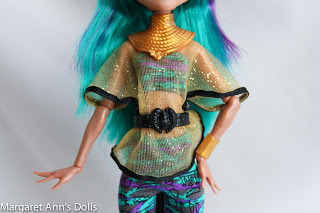 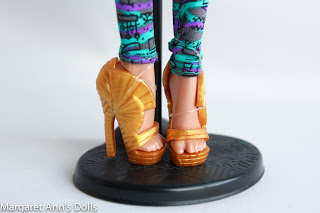 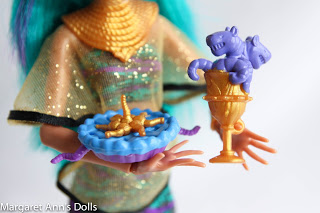 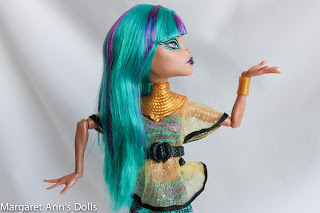 Check out my review of Amanita and Nefera on my YouTube channel:

What do you think about Monster High Scream & Sugar 2-pack? Do you have these dolls or are you planning on getting them? Please let me know in the comments!