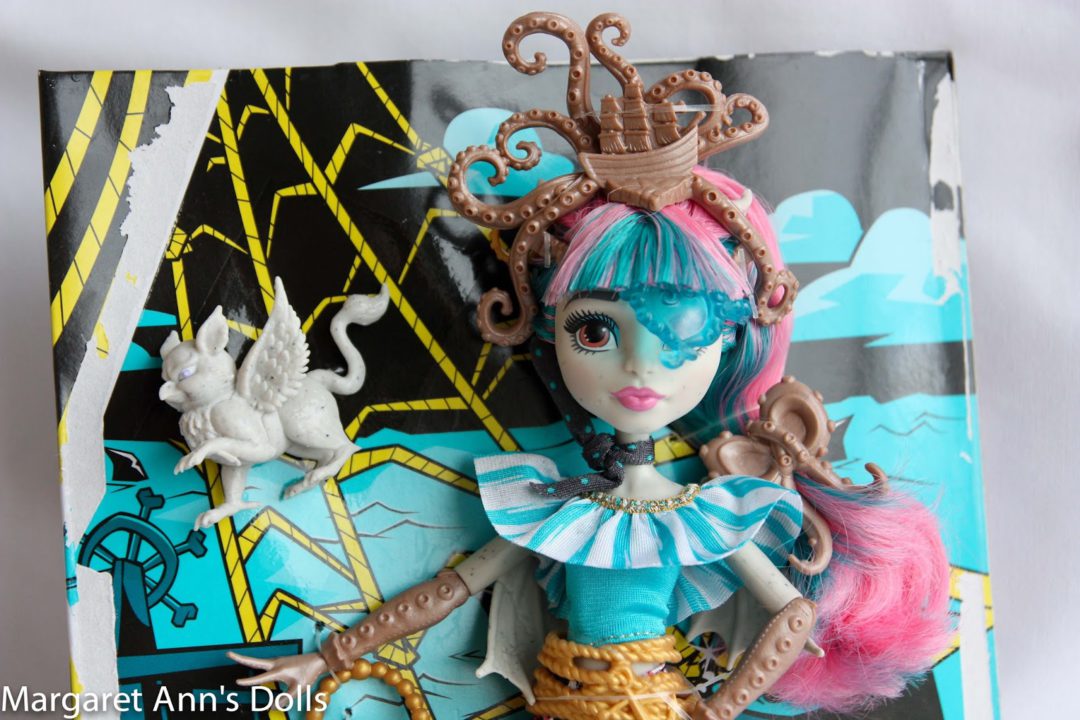 Monster High Shriek Wrecked doll line is one of the first doll lines from the recent Monster High reboot. This line features eight characters dressed with pirate style: Dayna Treasura Jones, Lagoona Blue, Draculaura, Rochelle Goyle, Gooliope Jellington, Clawdeen Wolf, Catrine de Mew and Gillington “Gil” Webber. Dayna is the new character and it is her signature doll. Lagoona, Draculaura and Rochelle are part of the Nautical Ghouls sub-line and they have more accessories than other dolls. Clawdeen, Catrine and Gil are part of the Shriek Mates sub-line and they are more budget dolls. Gooliope is a bigger doll as she is 17 inches tall.

Monster High Shriek Wrecked dolls caught my eye when I was at toy stores in Geneva. I was particularly drawn to Rochelle Goyle as she is one of my favorite Monster High characters and I like her color scheme a lot. I already have a few Rochelle dolls in my collection (her signature doll, Rochelle Haunted doll and Zombie Shake doll) and I was excited to get her new rebooted doll. I must admit that I like her new face, mostly because it was not changed too much. Her eyes are bigger and she definitely looks younger now but she still looks like herself.

Monster High Shriek Wrecked Rochelle Goyle doll is absolutely amazing.  I appreciate that her outfit is very detailed and well thought out, and that she comes with a lot of accessories. She has a two-piece outfit: a shirt and a skirt, a scarf around her neck, an eye-patch, a golden earring, a huge headpiece, a hairpiece on her ponytail, a golden belt, a golden handbag which can be opened, a pair of outstanding boots (which are my favorite part of her outfit!). What’s more her hands and forearms are not only painted brown to look like long gloves but they also have cuffs and perforated design on them. Rochelle also comes with her pet gargoyle griffin named Roux which is the same pet that her signature doll came with in 2012.

In my opinion Rochelle Goyle from the MH Shriek Wrecked doll line is worth buying and would be a great addition to any doll collection. I only wish she came with a doll stand but otherwise she is just fantastic. I highly recommend getting her and I hope more MH reboot doll would be of this quality. 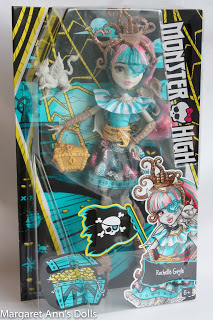 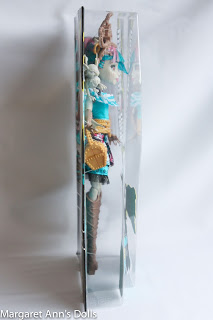 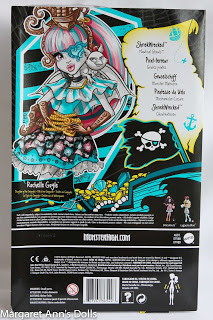 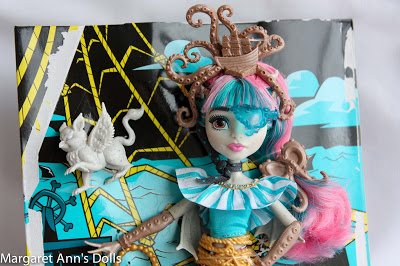 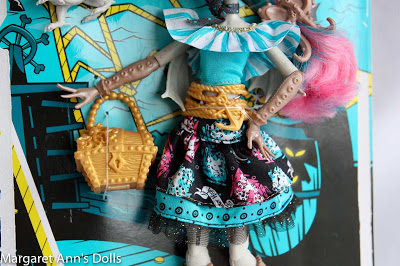 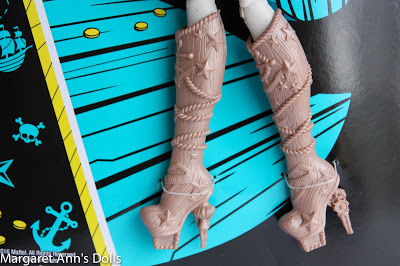 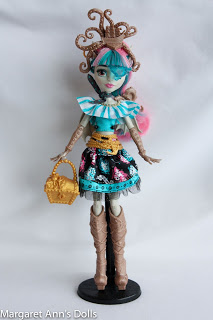 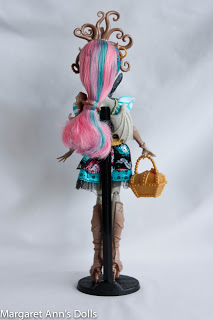 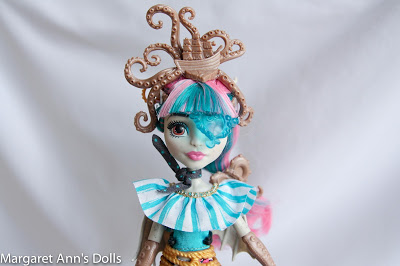 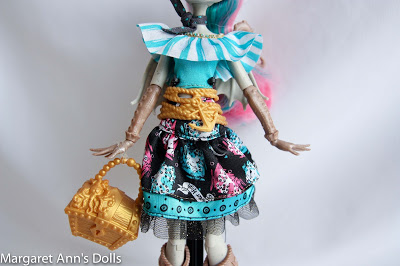 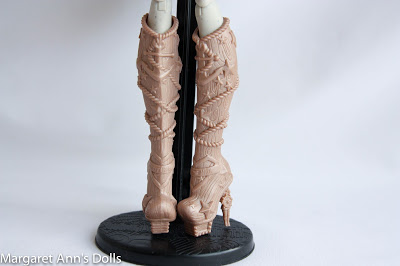 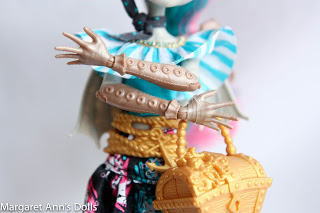 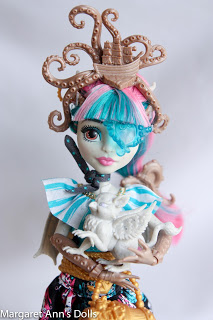 Check out my review of Rochelle on my YouTube channel:

What do you think about Shriek Wrecked Rochelle Goyle? Do you have this doll or are you planning on getting her? Please let me know in the comments!