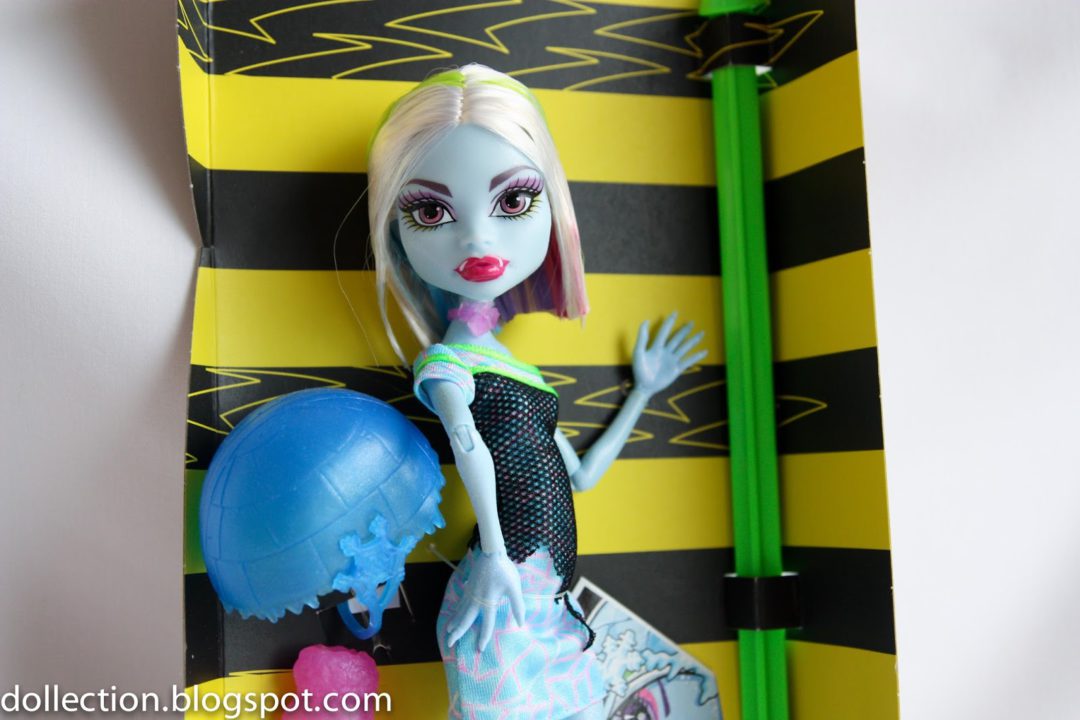 Even though I really liked the Friday Night Frights movie, to be honest I was not planning on getting any of the Skultimate Roller Maze dolls. However when I found Abbey Bominable sold for about 15 PLN (less than 4 USD), I could not say no and now I am really glad that I got her. I thought that she was supposed to be a budget doll and I was quite surprised that she came with a doll stand.

Abbey Bominable is a daughter of the yeti and she is from the Himalaya mountains. She is a fierce and confident ghoul who always speaks her mind. She is a powerful monster as she can control ice and snow. Abbey has light blue shimmering skin and white hair with pink, blue, green and purple streaks. She has two tusks protruding from her mouth and large hands with sharp claws.

Skultimate Roller Maze Abbey Bominable is wearing a roller skating outfit that consists of a short dress, a pink choker, a blue helmet, pink knee pads and pink roller skates. I really like that her accessories are very detailed, for example her helmet looks like it was made of ice and there are Monster High skullettes on her kneepads. Abbey’s hair is completely gelled and hard as a rock, so at least it does not get messed up under the helmet. I am going to try to remove the gel from her hair or even reroot her in the future. 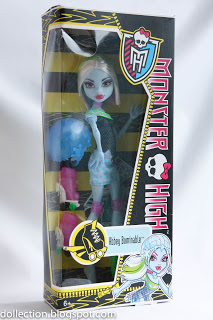 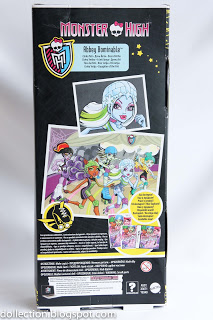 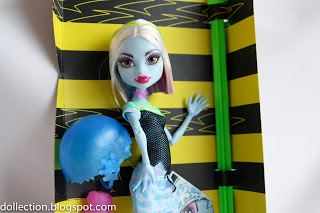 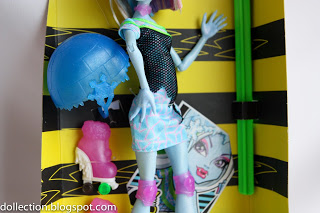 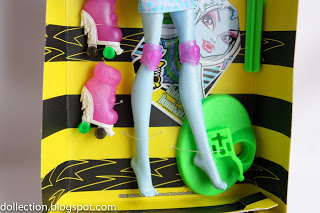 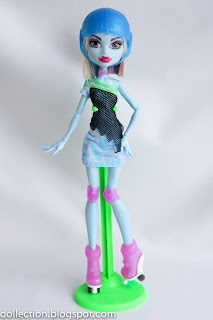 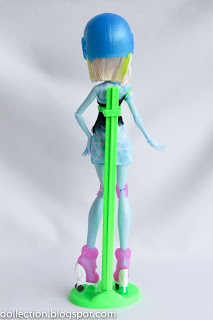 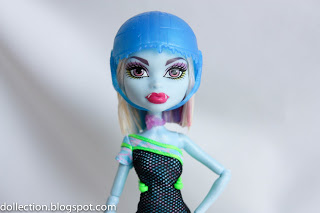 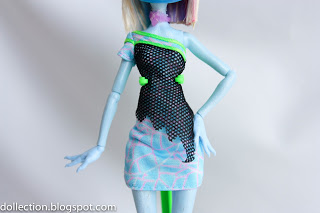 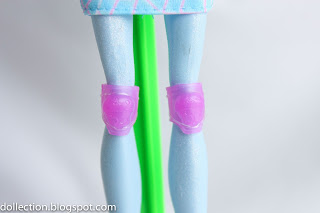 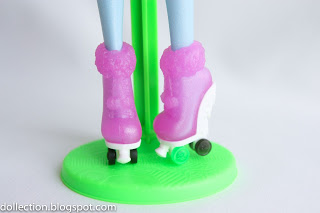 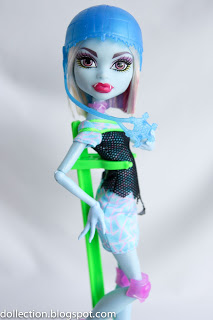 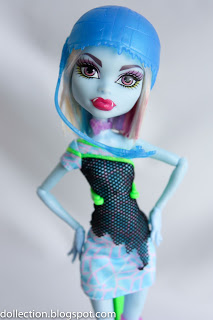 Check out my review of Abbey on my YouTube channel:

What do you think about Abbey Bominable? Do you have this doll or other dolls from Skultimate Roller Maze doll line? Please let me know in the comments!