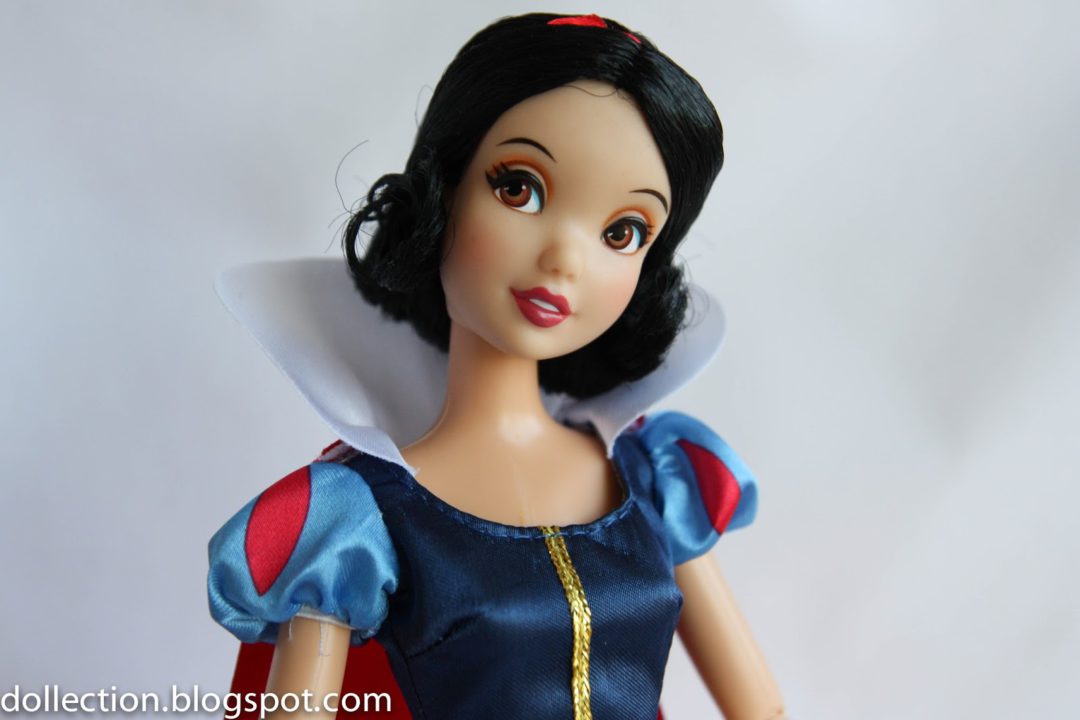 Snow White and the Seven Dwarfs is one of the those fairytales that almost everybody knows from their childhood. Thy original story was published in 1812 by the Brothers Grimm and it was titled just Snow White. In this story the Princess had skin as white as snow, lips as red as blood, and hair as black as ebony and she was considered to be the fairest one of all. Since then there were many different version of the story published and of course there were also many dolls made. I already reviewed Zombie Snow White and Apple White, Daughter of the Snow White, so it seems like it is time to look at the Disney version of this classic princess.

Disney Store’s doll of the Snow White looks exactly as her animated version from the 1937 Walt Disney’s movie Snow White and the Seven Dwarfs. She looks very innocent and sweet and of course she is very beautiful. She has short black hair that is completely geled but looks surprisingly good. Snow White’s outfits is made in primary colors (yellow, red, blue) that fit well together. Her dress is detailed and nicely done, and the red cape is detachable. Underneath her clothes, Snow White has painted on yellow panties. Snow White has fully articulated arms and bendable rubber legs. Her body is the same size as standard Barbie dolls, so you can use Barbie’s clothes to change her look. 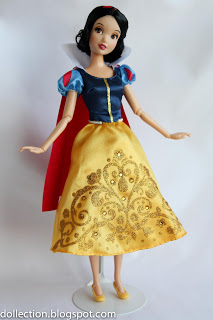 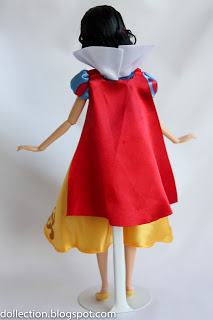 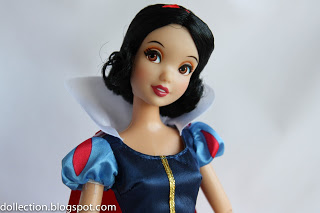 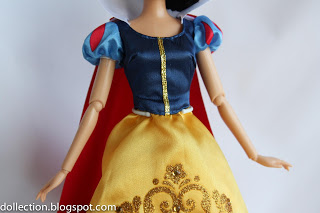 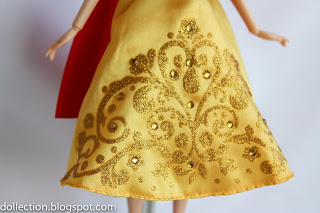 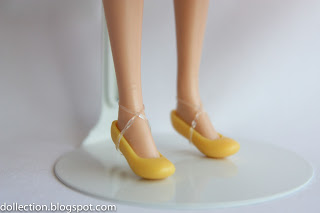 Check out my review of Snow White on my YouTube channel:

What do you think about Disney Store’s Snow White? Do you have this doll or are you planning on getting her? Please let me know in the comments!