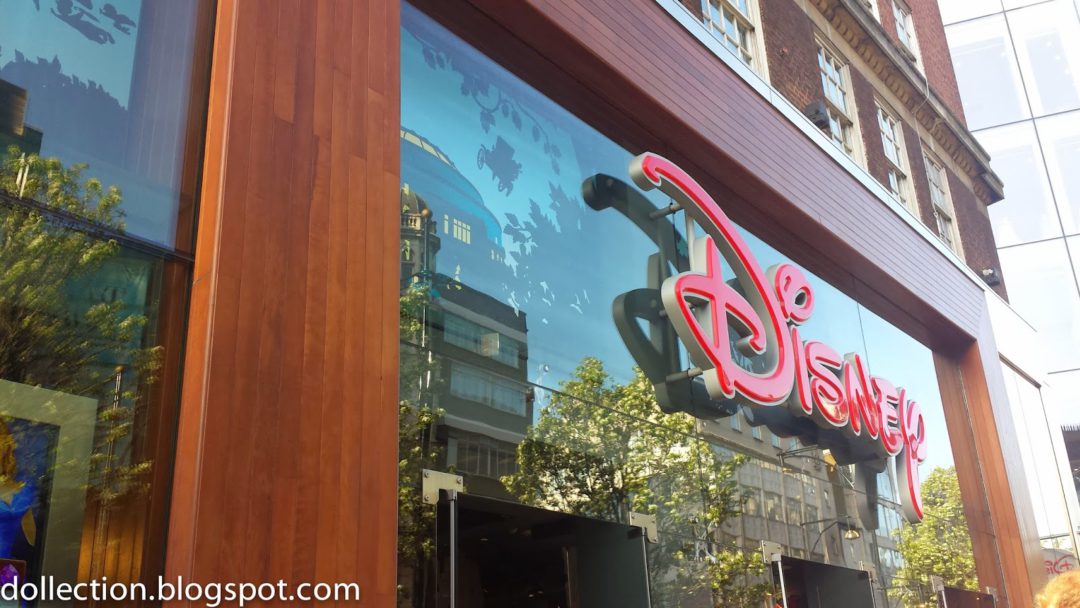 I’ve spent the last few days in London and of course I’ve had to go to the Disney Store (actually I’ve been to two Disney Stores and I will be posting about the other one soon). Oxford Street is a very busy street – there are so many people, mostly tourists, and all the stores are crowded. Disney Store on Oxford Street was the first Disney Store I’ve ever been to. I was so excited that sometimes I couldn’t hold my phone still and I’m really sorry that some of the pictures are blurry.

They are sooo cute! There was so many of them I couldn’t decide which one to buy… I wanted the big ones but they wouldn’t fit into a cabin luggage 🙁

Disney bought Lucasfilm in October 2012 and that’s why we can buy Star Wars merchandise in Disney Stores. I love Star Wars and I was so happy to see so many cool things with the characters from the movies.

Frozen Fever Anna & Elsa 2-pack is amazing! But to be honest I would love to be able to buy just the Elsa doll 😉

Ariel with her Palace Pet was very pretty and she was on sale for £12.50.

The limited edition 2-packs were £100. The boxes were really heavy and the dolls were very detailed

I wish they made the Glass Slipper in adult size… I would definitely buy it!

This Disney Store was really awesome! I wish I had more free space in my cabin luggage so I could buy more stuff. I will be posting the review of all the things I bought there soon!

Have you been to a Disney Store lately? Did you like it? 😉