All About #1 – Venus McFlytrap Between Classes 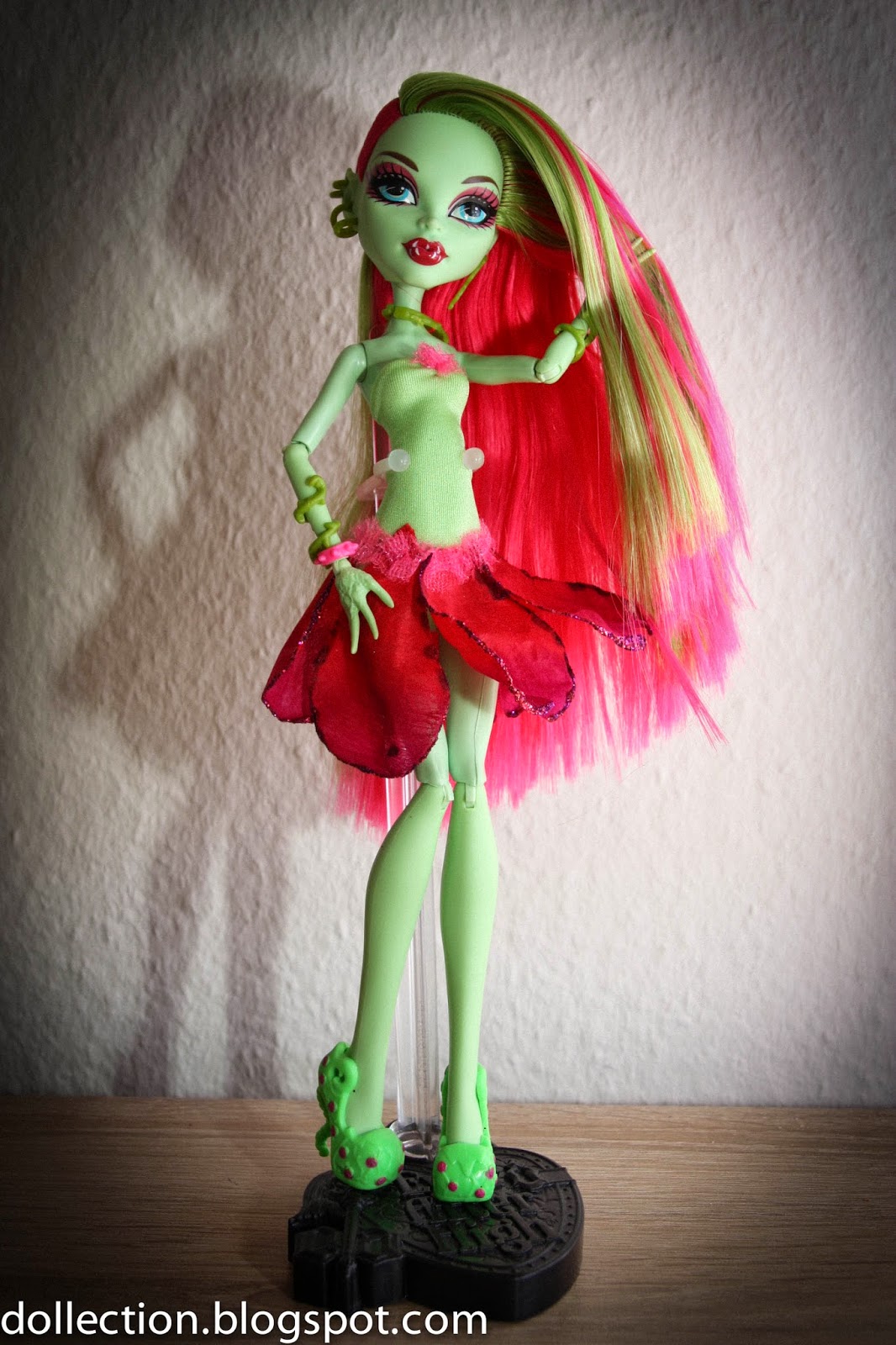 Venus McFlytrap Between Classes was my first MH doll simply because Venus is my favorite MH character 🙂  I got her in November 2014 and – as I mentioned before – she was a birthday gift from my husband.One of my collecting rules says that I can have only one doll of each character so it was hard for me to choose the most beautiful doll for me to have. I watched pictures and videos online of each Venus doll released and I tried to pick one. The biggest problem for me was that in my opinion every Venus made by Mattel was really pretty. I was compering makeup, hairstyle, clothes and accessories and I realized that some dolls had prettier makeup but worse clothes and some had prettier clothes but worse hair etc. After long deliberation I decided to choose the one with the most beautiful head because I could always change the clothes. That’s why I chose Venus from Between Classes series which is the basic doll of this character. To me she has the most amazing long hair from all the Venuses but unfortunately she has the worst clothes… Eh I guess you can’t have everything 😉

What’s more, since she was going to be my first MH doll, I wanted to get a new one that was still in a box. It was hard, because this particular doll was released by Mattel in 2012. Finally I found the doll on eBay in a good price and my husband ordered it. The doll was sent from Spain so I thought that the box will be in European style and the diary will be in Spanish, but when I opened the package I found out that I got the original American doll! I was really happy because the American box had a prettier picture of Venus on the back of the box then the European one and I could also read the diary because it was in English!

Of course I ordered some clothes online for my Venus, so she could have something nice to wear. I bought some original Venus’ clothes and some hand made dresses. I would love to have Venus’ I <3 fashion dress and Venus’ Gloom & Bloom outfit but so far I had no luck finding it in a reasonable price on eBay or Allegro. 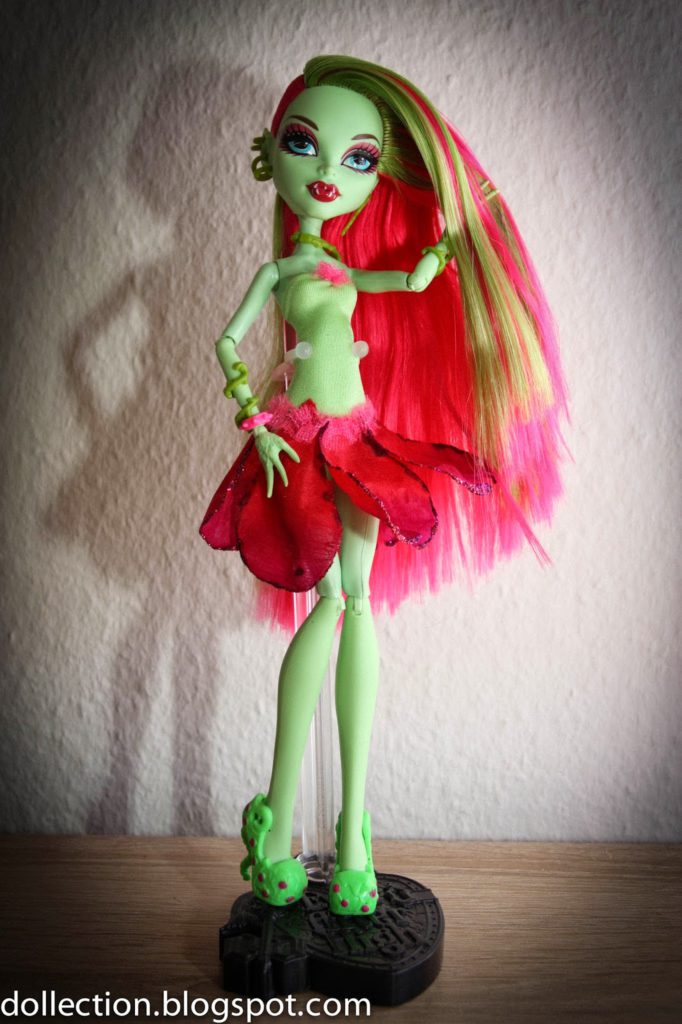 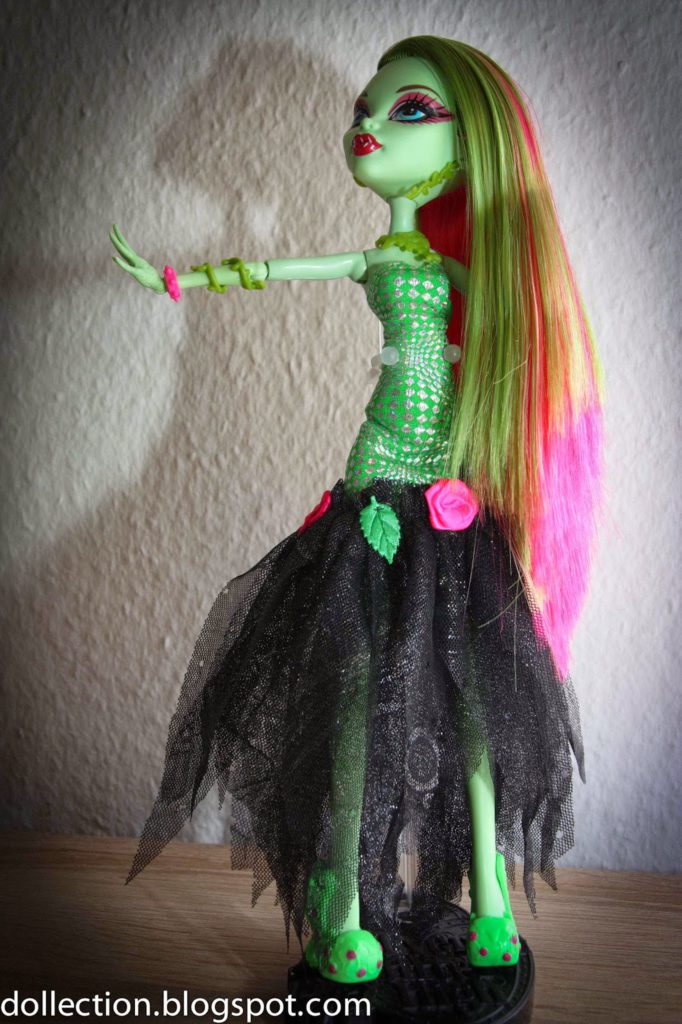 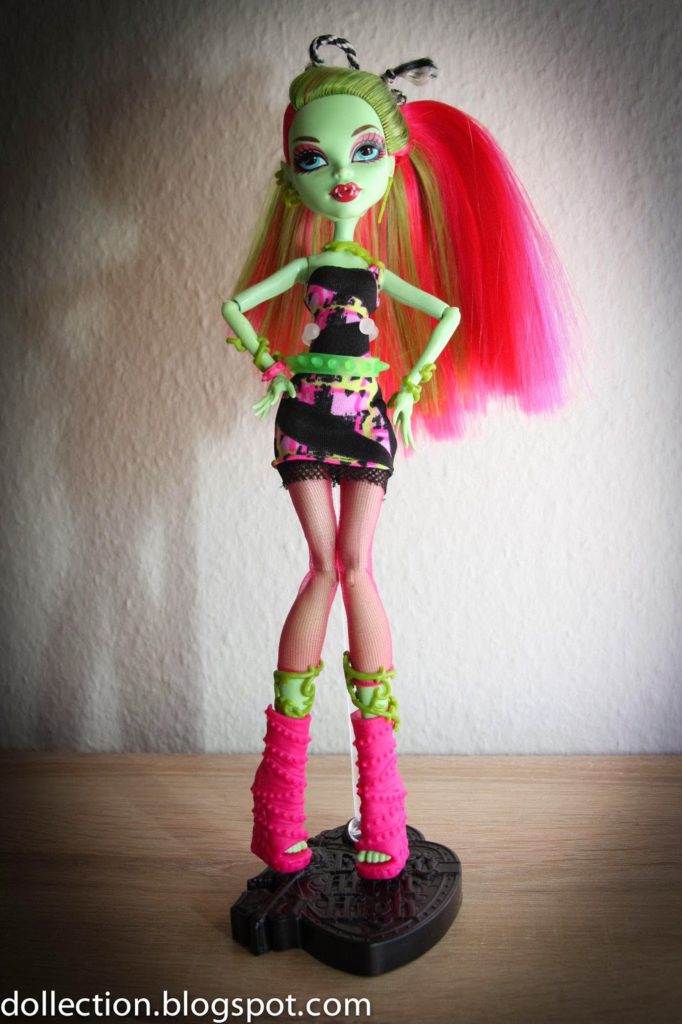 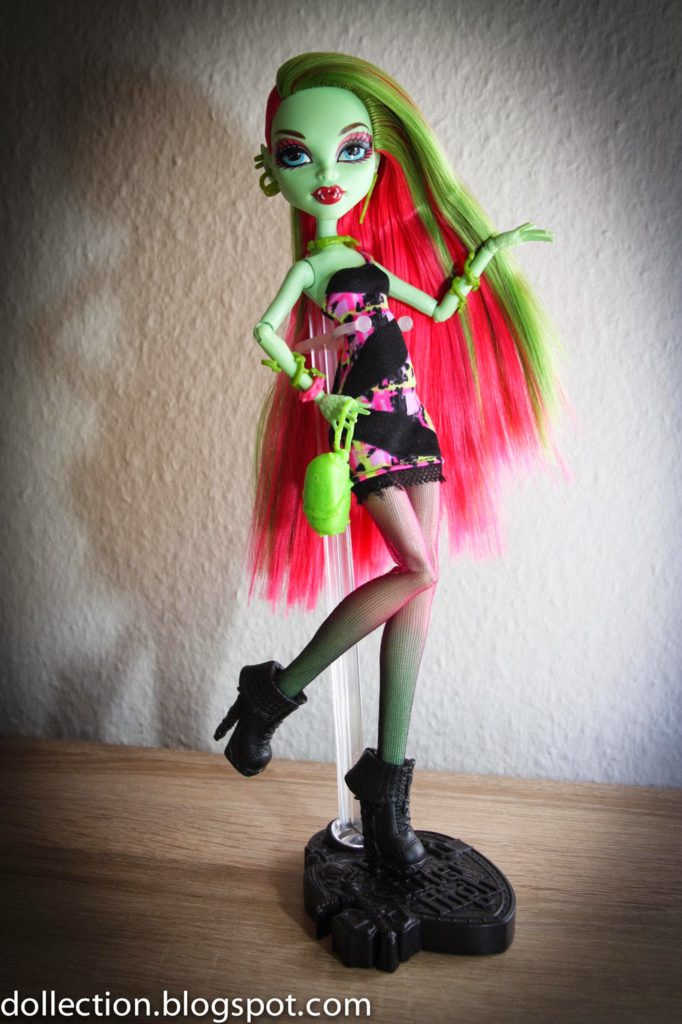 What do you think about these outfits? Which one do you like best? 🙂